KEY HIGHTLIGHTS OF THE UNION BUDGET, 2023 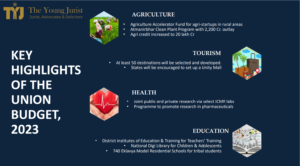 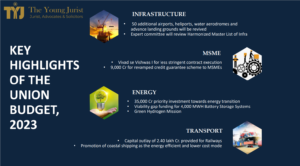 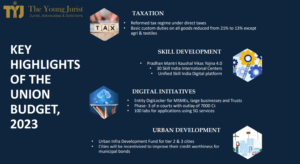 “The Union Budget of 2023 hopes to build on the foundation laid in the previous budget, and the blueprint drawn for India@100. We envision a prosperous and inclusive India, in which the fruits of development reach all regions and citizens, especially our youth, women, farmers, IBCs, Scheduled Castes and Scheduled Tribes” – Smt. Nirmala Sitharaman, Finance Minister

Here are the Key Highlights of the Budget for certain industries presented by our Jurists Krishna Ramanathan and Nishtha Kansal: 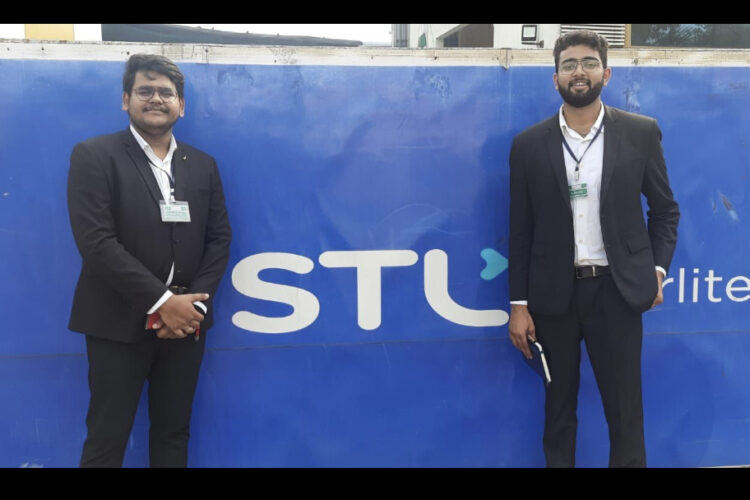 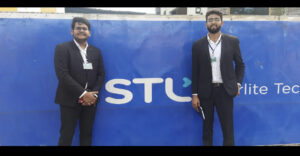 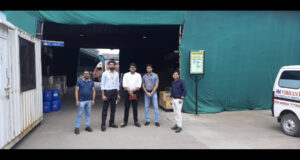 We, the team at The Young Jurist (TYJ), are elated to be sharing that we have successfully conducted the physical audit in Silvassa, Daman under the legal metrology and allied provisions of laws, for STL – Sterlite Technologies Limited (STL), for its digital networks All-in 5G solutions. We have been accomplishing this exercise for several manufacturing companies on a regular basis for years. Our team is constantly looking forward to pursuing these physically hectic but well satisfactory tasks, for, the very change it brings from the operational floor of the law offices and courtrooms.

TYJ is proud to be associated with STL, which is one of the industry’s leading integrators of digital networks providing All-in 5G solutions. Their capabilities across optical networking, services, software, and wireless connectivity place us amongst the top optical players in the world. Wishing STL many more years of successful operations in Indian and overseas market! 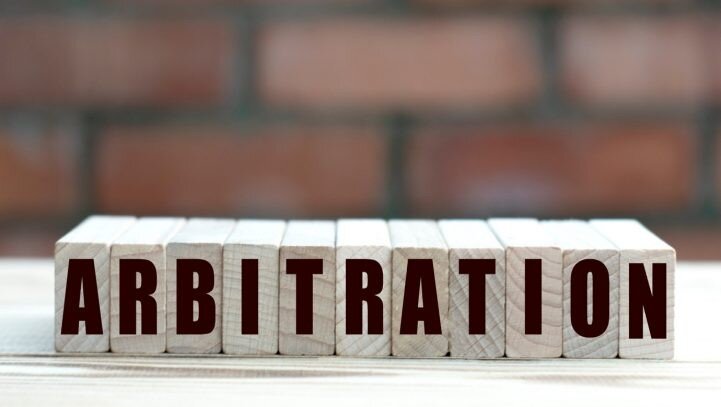 Since its independence from the British Regime in 1947, India throughout its formative years of development has developed a societal consciousness. Because of this socio-economic welfare became one of the most important aspects of the governing body of the state. With the damage of World War II still wandering around, a tidal wave of unemployment and trade union movements coming up and about, the need for state intervention in favor of labourers was ploughed through.[1] Keeping that in mind, the Industrial Disputes Act of 1947 was enacted to lay down the framework and guidelines which can be used to provide methods of investigation and settlement of industrial disputes2. Industrial Disputes Act provided a sense of empowerment to the ‘workmen’ to use its mechanisms effectively against the oppressive tactics of employers. Under the Industrial Disputes Act, they can file against a lot of threatening issues ranging from payment of their wages to employment benefits and especially illegal and unfair labour practices. It can be said that Industrial Disputes Act is the primary legislation in India which is enacted to provide a harmonious relationship between the employers and the employees in the industrial setting.

Section 10(a) of the Industrial Disputes Act provides for voluntary reference of an industrial dispute between an employer and an employee to arbitration. It states that “Where any industrial dispute exists or is apprehended and the employer and the workmen agree to refer the dispute to arbitration, they may, at any time before the dispute has been referred under section 10 to a Labour Court or Tribunal or National Tribunal, by a written agreement, refer the dispute to arbitration and the reference shall be to such person or persons (including the presiding officer of a Labour Court or Tribunal or National Tribunal) as an arbitrator or arbitrators as may be specified in the arbitration agreement.” Section 10(a) also provides certain provisions to prohibit union strikes and lockouts during the pendency of the arbitral proceedings.

The Arbitration and Conciliation Act of 1996 does not expressly address the question of what category of disputes are arbitrable and which are not. Furthermore, the same question has risen in front of the Indian Judicial system in a variety of contexts. In recent times, the question of arbitrability of certain disputes on the matters of fraud and disputes arising between shareholders and intellectual property litigation have been answered by the Indian courts, however, the matter of labour and industrial disputes is still up in question whether they are arbitrable under Arbitration and Conciliation Act of 1996 or not. It has been answered by the Indian courts in some sense that the industrial and labour disputes are not arbitrable under Arbitration and Conciliation Act. Furthermore, these judgments have raised the question of insertion of arbitration clauses in employment agreements.

In the case of Kingfisher Airlines v. Captain Prithvi Malhotra and Others[3], the case was filed due to various labour recovery proceedings instituted by pilots and staff members of the now defunct Kingfisher Airlines. It was contended by the pilots and the staff that the proceedings were instituted before the specially empowered labour courts for the recovery of their unpaid wages and other employment salary benefits. Kingfisher Airlines contested the same by  invoking Section-8 of the Arbitration and Conciliation Act which states that “Power to refer parties to arbitration where there is an arbitration agreement.—

1.    A judicial authority before which an action is brought in a matter which is the subject of an arbitration agreement shall, if a party so applies not later than when submitting his first statement on the substance of the dispute, refer the parties to arbitration.

2.    The application referred to in sub-section (1) shall not be entertained unless it is accompanied by the original arbitration agreement or a duly certified copy thereof.

3.    Notwithstanding that an application has been made under sub-section (1) and that the issue is pending before the judicial authority, an arbitration may be commenced or continued and an arbitral award made.”[4]

In other countries such as the United States of America, there has been a running debate whether commercial arbitration and labour arbitration should be merged together or not. Labour arbitration in United States refers to arbitration in unionized workplaces, referring to only unionized employees and their management. Labour Management Relation Act (LMRA) is the primary source of law regulating labour arbitration, in specific, Section-301 which states that “Suits for violation of contracts between an employer and a labour organization representing employees in an industry affecting commerce as defined in this chapter, or between any such labour organizations, may be brought in any district court of the United States having jurisdiction of the parties, without respect to the amount in controversy or without regard to the citizenship of the parties”[7] In comparison, Commercial Arbitration law covers a vast area of agreements ranging from agreements between merchants, consumers, management and nonunionized employees. The Federal Arbitration Act is the primary source of law in these types of disputes.[8] It was understood that the Labour Management Relations Act and Federal Arbitration Act were developed on parallel tracks. However the two have somehow managed to converge onto similar tracks.

In similar fashion, in India, if the labour arbitration law which is the Industrial Disputes Act of 1947 is merged with the Arbitration and Conciliation Act of 1996, then the former would lose its credibility. With the industrial sector with unionized employees facing discrimination on a regular basis, the only governing law protecting them and their employment interest would be hampered. Since most of the labour sector comes from poverty hit background, the present law is as it is not well known to the populace. If the said law was meant to be removed and the commercial arbitration law i.e., Arbitration and Conciliation Act of 1996 was implemented over them, they the power to submit claims in front of an arbitrator as a power tool of collective bargaining would be lost. Industrial Disputes Act of 1947 provides the employee unions a blanket of safety by providing proper framework and procedures to settle their dispute with their employer. If the said Industrial Disputes Act of 1947 is removed, then the employers or the management would gain the power of appointing their own arbitrator which would work for their own benefit.

If there was any motion to commercialize labour disputes then it would cause a havoc of problems. Labour disputes are governed by Industrial Disputes Act of 1947, if they were to be commercialized then it would mean that they would fall under the ambit of Arbitration and Conciliation Act of 1996 which would further result in labour arbitration becoming a substitute for litigation. Hence, it would be in everyone’s good interest if the same is not commercialized and the sanctity of Industrial Disputes Act of 1947 is maintained to be what it is, a power tool for safeguarding the unions from losing their employment benefits.

[8] Stephen L Hayford, Unification of the Law and Labour Arbitration and Commercial Arbitration: An Idea Whose Time Has Come, 124 YALE LAW JOURNAL 781-783 (2015)

This website is designed only for the purpose of giving out the basic information of the Firm. There has been no advertisement, personal communication, solicitation, invitation, or inducement whatsoever from the firm or any of its members to advertise through this website.

As this website is not an attempt to advertise or solicit clients, therefore, does not create or invite any client-lawyer relationship. The information about us is provided to the user/reader only on his/her specific request and any information obtained or materials downloaded from this website is completely at the user’s volition and any transmission, receipt, or use of this site would not create any lawyer-client relationship. The information is provided to the reader/user only on his/her request and the links on the website should not be construed as a legal reference or legal advice. The Firm is not liable for actions taken by the user/reader relying on the information provided on this website or consequences of it.

By clicking “I agree” you accept the aforementioned and understand that for any legal advice you must seek independent and expert legal advice.